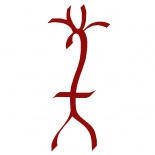 Timely and considerate care of the arterial and venous systems.

Should I Refer My Patient to a Vascular Surgeon?

In fact, it is preferable for patients to be seen by a vascular surgeon when there is any suspicion of vascular problems.  Seeing these patients early in the game could prevent them from ending up with further complications.  Early targeted vascular testing is critical to streamlining care.

So who should you refer to a vascular surgeon?

Commonly, patients who present with:

These are some of the most common signs and symptoms.  However, when in doubt, it would be in the patient’s best interest to just contact a vascular surgeon and ask if the patient should be seen by them or not.

This entry was posted on April 27, 2015 by Vascular Associates of Northern Virginia, P.C. in Info for Physicians, Vascular Information.

IF YOU HAVE SYMPTOMS OF A COLD OR FLU…

In an effort to prevent the spread of illness to our patients and staff, please call us and reschedule your appointment if you have symptoms of a cold or the flu.

Give Us A Review

Closed on major holidays and weekends.